Welcome to California’s pride and joy of barbecue! This small to medium-size triangular muscle of the bottom sirloin subprimal cut (my God that was exhausting) screams for a good amount of spice, smoke and heat. I have done the official research and the credit needs to go to one man for making it as popular as it is today here in the golden state. Otto Schaefer marketed this cut back in 1950 in Oakland, California. But as far back as 1931 the cattlemen of the central coast, the Santa Maria area, were barbecuing meat on strings over hot coals with basic seasonings. Then the adoption happened Tri-Tip became Santa Maria’s ” signature pride and joy cut” truly barbequed beef was launched into a new territory. Go ahead, Google “Santa Maria Style BBQ.” I dare ya, oh and have a towel ready, you’re going to drool and go racing out to your nearest butcher to obtain this precious low-fat, full flavored cut of beef. I have two in my fridge right now about ready to kiss the grill any second.

There is a bit of a disappointing part, many butcher shops east of the California/Nevada/Arizona border do not market the tri tip cut-you’re going to have to ask for it. This is where you will start to build a relationship with the specialist; a butcher, a professionally trained expert in the animal protein world. If you already have a good relationship with yours it’s going to get even better. I don’t know a butcher around that does not want to market the “next best cut” and tri tip will do it in spades. I’m also guessing you will be able to purchase it for quite a bit less than us right now I paid about $9.95 a pound. The secret is to not overcook this marbled fat flecked beauty. Medium is about as done as you will want it. The soft pink hue throughout its center is the signature look with its crusty pepper, garlic, salt and onion seasoning that perfectly kisses the char marked and smoked tri tip is out of this world.

My son, Sean, has the say on this share, he’s kind of nuts over my barbecue seasoning and knows it’s one of my secrets. Before this entry is published I will send him the ingredient list so I can uphold my end of the bargain to let him know first above all others. I created my seasoning blend about 15 years ago, yes I was happily barbecuing away at age 24 living in my tiny two-bedroom home with my son Sean trying to make it as a single mom living humbly, very humbly. I would save my money all month I would budget correctly and buy one tri-tip then I would do the sin of the earth, I would cut that piece of beef into three smaller pieces so we could eat barbecue almost every Friday.

I would make a small pyramid of charcoal briquettes in my weber kettle grill then with a small well in the top I would crumple some newspaper and light it. When the coals were blazing red and covered in heavenly white ash I would place the grill grate over the coals and lightly oil it using a few paper towels crumpled together and soaked in a bit of cooking oil held with tongs and brushed over so the meat would not stick. I would wait about 10 minutes for that grill to get searing hot. Then I would throw a few mesquite wood chunks (not chips) on the hot coals just moments before the meat was put on the grill, quickly the backyard filled with sweet mesquite smoke the black pepper, garlic, onions and chili spice too. The sizzling and popping sounds from the searing meat and fat (I just drooled) were the symphony of a perfect Friday night Mother and son tradition. I would let that small portion cook on the grill for about eight minutes then I would turn the meat over and cook the other side about eight minutes longer. When it was ready I would take the tri tip off the grill and give it a good 10 minute rest time before slicing it. My choice is to slice it against the grain so the meat is most and tender, I would also make my slices about a ¼” thick, traditional tri tip cuts are about ½” thick. Sean would be waiting at our table in his seat just smiling away, as he ate I would watch my son melt in that tri trip’s smoky mysterious taste. I loved those Friday night dates with him, when he comes home on leave from the Army this one of the first meals he asks for.

If I was grilling a whole tri-tip it would be cooked a bit differently I would set up the charcoal in an indirect method, hot coals on one side of the kettle, empty space on the other. When it was time to put the meat on the grill grate you place it on the side without the heat directly below. Put  the lid on and position the vent holes over the tri tip to: draw the smoke around it further to add to the richness of the flavor, have the vent holes about 3/4 way closed. After about 45 minutes it was done and off the heat with a resting time of about 10 minutes. If you’re using a smoker 225° for about four hours with good mesquite, apple, or even pecan wood but only for the first two hours. Adding wood chunks will produce one heck-of smoke ring; it’ll be a gem! Get out your grill, clean it down, oil the grills grates and go see your butcher.

Instructions
1.    Place all ingredients into a zip bag or a jar with a lid and shake well. Store in your pantry or spice cabinet.

Notes
1.    This seasoning is also amazing on pork, chicken and lamb. 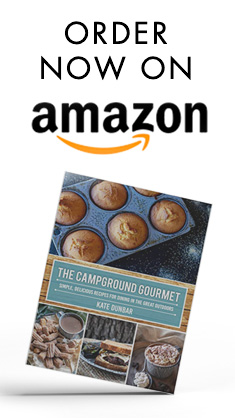 On The Travel Channel

Welcome To My Blog!

Bliss for me is time spent in the kitchen. This blog was created to share my explorations of food, family and the world. Join me as I feed my curiosity and my family. Enjoy!

Why is it called the Curious Kitchen?

My kitchen is my passion but it is also my school. I study, I explore, I develop, I grow. Curiosity killed the cat, as they say, but it fuels my creativity. So much of history took place over meals, in kitchens and I feel that in my own life. I have come to realize that food is what connects us all. I want to know more and I want to share what I have learned so far. 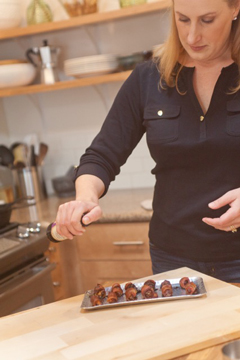